The future of home security and why it is important

We all want the best for our family, right? We’d do anything to protect our home and the people we love living inside. That’s why people decades ago started doing everything they came to raise the security of their homes by installing different kinds of products to achieve this.

One of the most convenient and with the highest rate of success products are the security cameras. They are the best choice in keeping your property safe because it’s a non-human dependable product that can’t be breached without anyone noticing. Learn more about them here.

In this article, we’re talking about how far the camera industry has gone and why it’s important to install a system protecting you.

What do surveillance cameras do?

Installing them in strategic places around your home and connecting them with a computer that records everything that is happening on your property is the most secure way to keep the burglars out.

Just the fact that there are is a security system installed will keep them out. Even if someone tries to get in, the cameras will surely record their trespassing and the police will find them in no time.

Back in the day, the camera only recorded. It was practically useless during the night which is the period when most robberies happen. Today, things are much different.

With the rise of technology, cameras now can record on a much higher scale. The night means nothing for the ones equipped with a special vision that catches even the smallest light and turns into a bright picture.

Also, there are so many items now that can detect infrared movement and features that we used to see only in science fiction movies. See about night vision on this link: https://www.howtogeek.com/291282/how-do-night-vision-cameras-and-goggles-work/

On top of all this, the internet additionally revolutionized the security industry.

How the internet changed the game?

When companies realized that they can connect the cameras with the internet connection, everything changed big time. Now, they can record and air live picture of everything that happens on the place.

For example, while you’re at work, they record what’s going on at your home and you can see this in real-time. You can leave a small window on your computer screen that will constantly show if something’s happening.

Just a small movement will get your attention and you’ll call the police immediately. Of course, this is internet-related and you’ll have to have internet access at all times. Still, it’s almost 2020 and internet rarely goes down anymore.

The best part of all this internet-security game happened when programmers invented apps for smartphones that can directly control the system no matter where you are on the planet. Now, you have a camera installed at your home which is connected to the internet and through it – with your phone. Just look at some examples of this at CCTV Camera Centre.

Let’s say you live in New York and you have a meeting in Tokyo. It doesn’t matter that you’re on the other side of the planet Earth, with just a few clicks on your phone before the meeting starts, you can give instructions to the system and make it do whatever you want.

For example, you’ve seen something happening on the street in front of your home which may turn into violence. You give the system an order to call the police by itself if anyone breaches the perimeter. During the time, you can turn the phone off and work without even thinking about what’s happening at home.

If you’re Warren Buffet and you own billions, it will be hard to protect your home from the most skilled thieves in the world. No security system can stop professional thieves. However, when it comes to common people, the modern methods of surveillance are just enough to be protected 24/7.

If you’re thinking about getting a new system or improving the old one, don’t hesitate to check out what is there on the market today. You’ll be amazed by how far technology has gone in the last 5-10 years.

If you already own a surveillance system that you think that needs an upgrade, chances are big you’re dealing with a completely outdated one. Take a look at the new stuff and make the decision. 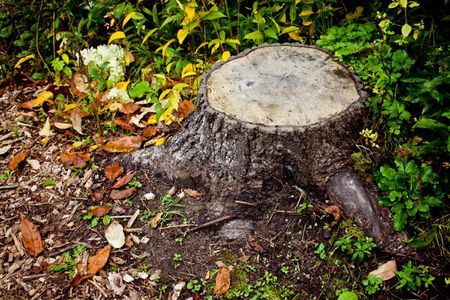 Introduction: Cutting of tree may look like a big project, but it’s not as compared to the removal of the stump. Due to the high cost, some companies are charging

Basement in any house is a useful place for different reasons. You can use it for washing and ironing clothes, for storage of seasonal items or for your kids playing